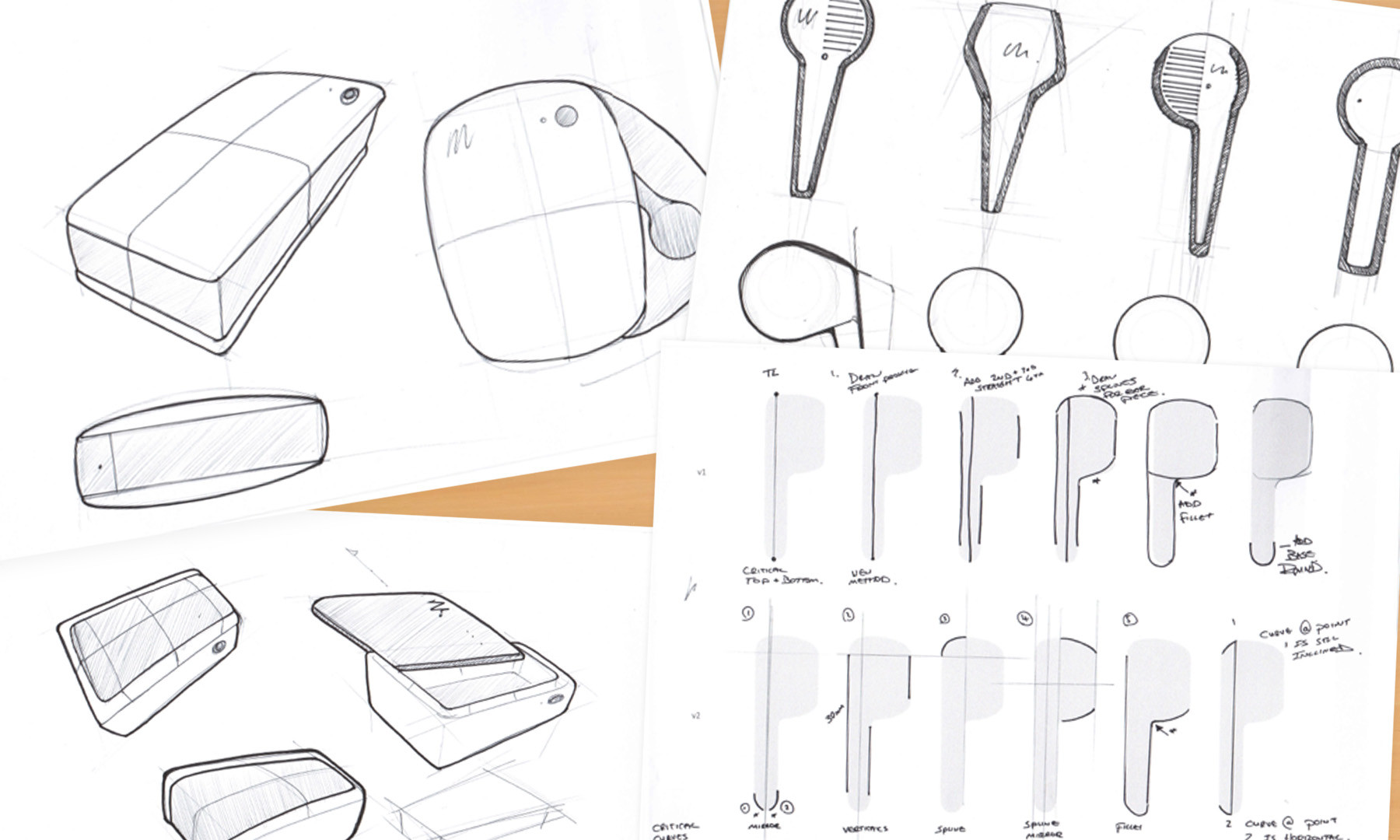 True wireless earbuds are designed for life, and all that entails. The earbuds we design must endure running in the rain, sound great when listening to playlists on the commute, look great on Zoom calls and much more. So, how do we fit all of that into two small earbuds?

In the first of our new blog series: Behind the Buds, we sat down (virtually) with RHA’s Product Design and Engineering teams to work out the challenges of designing and building true wireless earbuds.

It's busy in there.

Even the most basic true wireless earbuds are a feat of design and engineering. Almost everything you’d find in a full-size set of over-ear cans needs to fit inside a couple of cubic centimetres (we’re from the UK (and the 21st century)). They have to be positioned in a way that the many complex electronic processes – Bluetooth receiver, decoding, audio driver, microphones, flux capacitor, encoding, transmission to the other earbud, quantum strangler (most of those were real) – don’t interfere with the signal from your phone.

The stem shape provides a bit of room to lay components out without packing them into a bulky radar-dome shape; and as a bonus allows for more distance between the noise reducing microphone – and the one pointed at your mouth.

That's how you get ants!

IP testing is considered the market-standard certification for showing off how dust- and water-resistant technology is. The first number (eg IP55) is about dust; and increases as the particle size does. For example, 2 means a product is resistant from damage from… your fingers, which is pretty essential for headphones. 4 really ups the game, by demonstrating that your product is resistant to – and this is not a joke – ants.

IP5 – the TrueConnect 2’s dust rating – means that the product is resistant to all but the finest dust; and that the dust that does get in won’t materially affect the function of the product.

The second number (IP55) is about water, and this is where the testing gets really fun. To get the ‘5’ certification, the TrueConnect buds had to be suspended in a cabinet, and bombarded with water (a volume of 12.5 litres/minute for 3 minutes to be precise) from many directions – and demonstrate no material change to the function of the product. Even though the TrueConnect is certified for this, we don’t recommend trying it at home, not least because you’ll make a mess and blame us. The next level up is 100 litres/minute, which is pretty intense and, coincidentally, doubles as a fairly effective hangover cure.

How did we do this? It's simply a case of making sure that all ‘entry points’ to the earbuds are protected from the outside world. People underestimate the effectiveness of a very fine mesh, which makes it very hard for dust or water droplets to break through but still lets sound waves travel unimpeded. Diligent and repetitive testing helped us find the right balance between mesh thickness and sound quality so you could use the TrueConnect almost anywhere (ie not a swimming pool, or the sea).

One of the design secrets in the TrueConnect isn’t in the buds themselves – it’s in the case.

We spent a lot of time making sure you could flick the case open with one hand, remove the buds with the other – without having to stop/sit down. The few other models we tested before the project began could be quite fiddly – retrieving or returning the buds was a process oddly similar to the board game Operation. The case itself is a result of studying natural hand shapes and resting positions; it’s made to nestle in the palm without having to stretch.

The other thing we added to the case design was metal. Since RHA’s inception in 2011, we’ve used metal somewhere on everything we’ve produced. The issue with true wireless is that putting dense, reflective metal on very small buds – objects that you intend to receive Bluetooth waves over a 10-metre range – is A Certified Bad Idea. So with the TrueConnect you’ll find the metal on the storage case – there to protect your buds when you’re not using them.

Another (even) less glamourous aspect of producing wireless earbuds/speakers/headphones/whatever is making sure that you’re allowed to give them to users around the world – RHA, for example, is present in over 30 countries. Most of these countries have their own tests and certifications for Bluetooth equipment. Oddly many of these are based on the same tests and regulations set for radio equipment in the 1950s; the USA’s FCC certification requires us to specify that our earbuds might interfere with cathode ray televisions.

If you enjoyed Behind the Buds, let us know what you want us to cover in Volume 2...