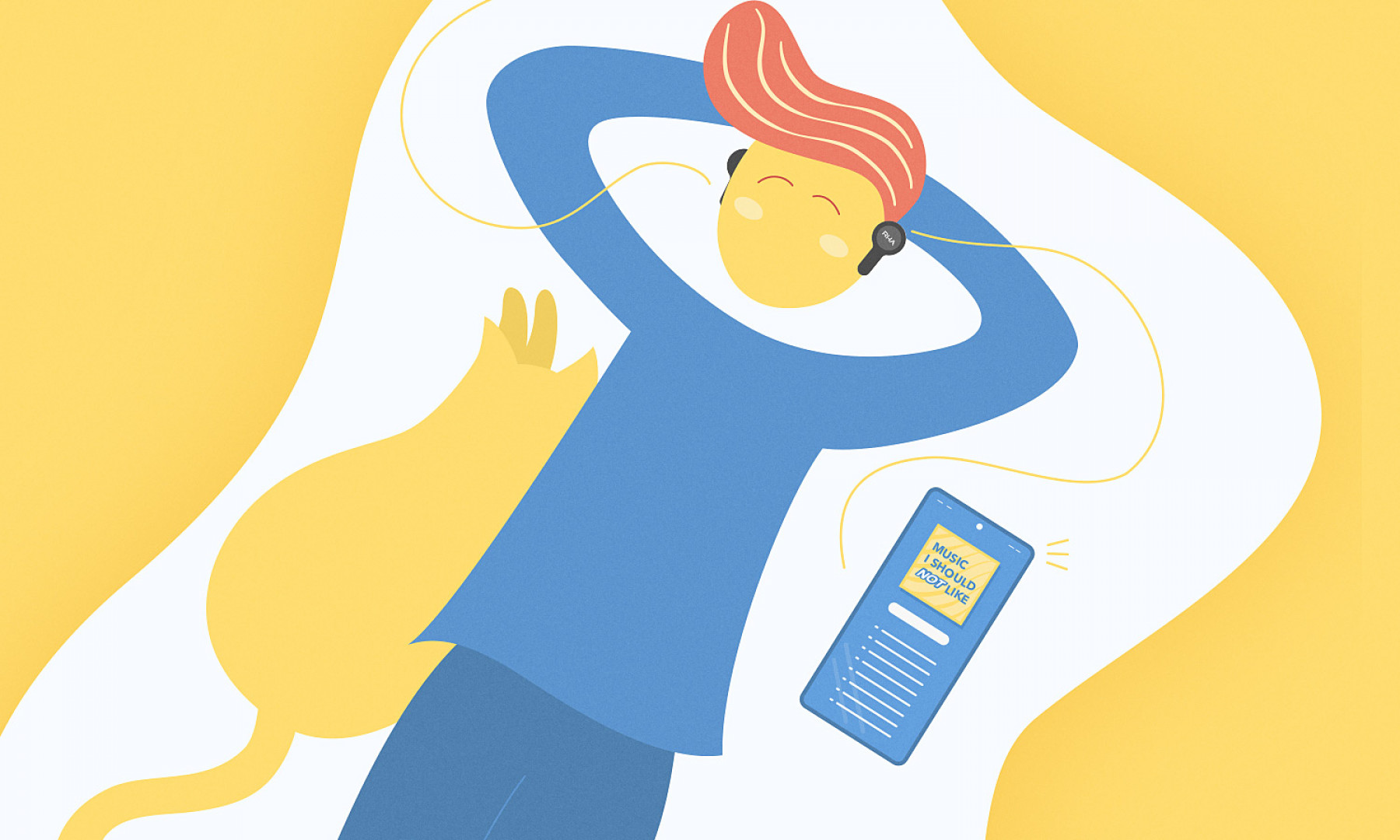 You should never feel guilty about music that makes you feel good! But, by the same token, there are some tracks you’d prefer to not start casting unexpectedly to the office, mid-rousing chorus.

This time we promised the Team anonymity in exchange for confession: what do they listen to that doesn’t really make sense compared to what else they listen to. Here’s what they admitted to:

Back In Time – Pitbull

Honestly, I'm not sure why I like this. The mix of blues from the '50s, and 2012 awfulness? It makes me want to put on some shades and dance. And fight aliens.

Pitbull is very much Not My Thing. I hate the film Dirty Dancing (where the sampled song is from). The lyrics are awful. Pitbull is awful. I’m awful. I *did* like MIB3, though...

I don't even think it's guilt I feel, just a sheer embarrassment about how much I love everything she does. Everything. It’s happy-go-lucky pop, ultimate feel good music. I particularly love Cut To the Feeling and Run Away With Me.

The Heart of Chicago – Chicago

Chicago make brilliant music with great melody, but it's 90s rave, so it’s off-brand for me. Some people have told me that Chicago are ****. They are the wrong ones. I don’t feel bad about this at all – I would go see them if I could.

Cuddly Toy is an absolute banger. Only after I recommended it to a bunch of people did I realise that it was used as the intro to the Alan Partridge film, to cement his taste as outdated and a bit tragic. But I think Alan Partridge has great taste.

Hit ‘shuffle’ on Spotify on the song Faccio un Casino. I like the deep poetry of Coez’ lyrics. He’s a very sensitive guy. Full of emotions. Also he is from Rome!

Why should I not listen to this? I cry if I start listening to him when I am already in a sad mood. but I want to tell everyone about him. Maybe we can all listen and cry together on a Zoom call. Anyone free tomorrow?

It is an absolute MASTERPIECE. I really resent that they never invited me to be the fifth member of the band – but whatever. I will always spread the word about All Saints, the greatest band in history. But don’t use my name.

Blank Space is a great tune with great energy and great lyrics. It’s great. I’m reluctant to admit this because It gives Lorna the satisfaction of being right, which is already at an all-time high after folklore.

**** Would Prefer To Remain Anonymous

I really like watching some K-pop bands on YouTube as their dancing is excellent and they have very catchy songs.

Here’s a good place to start:

DISCLAIMER: RHA thinks all music is great and nobody should feel bad about it. RHA doesn’t necessarily share Lorna’s opinion on Pitbull and nobody can prove otherwise.