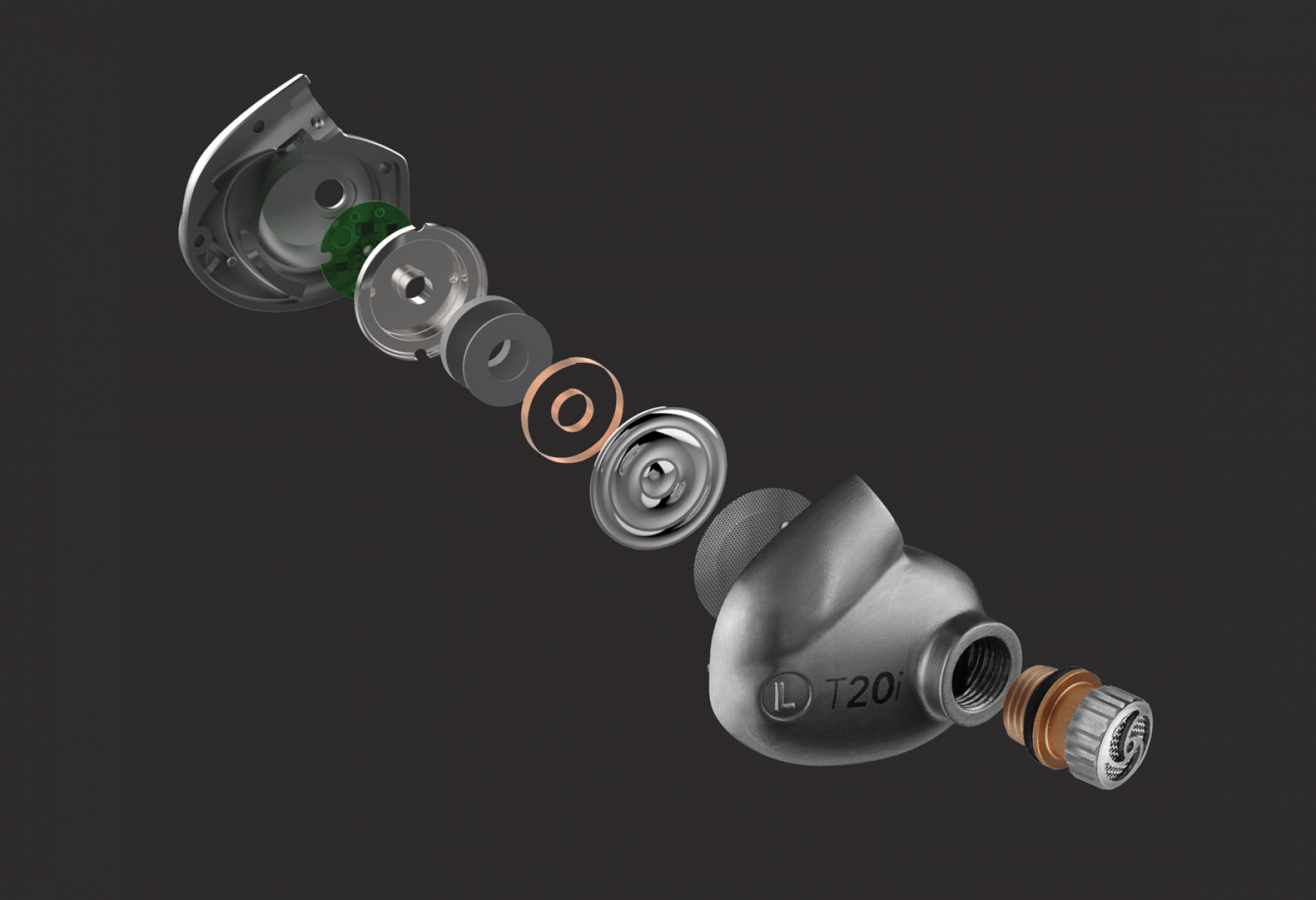 In May 2015 RHA launched a new product featuring a unique, revolutionary piece of technology. With the second entry in the T Series, RHA chose to debut its DualCoil™ driver technology, a reinvention of the traditional dynamic driver with performance capabilities beyond its conventional counterparts.

Introduced in the award-winning T20 and T20i headphones, the DualCoil™ driver was born out of the RHA engineering team’s continuing desire to find opportunities to achieve true-to-life audio reproduction. Development started well over two years ago, with the initial idea for the driver dismissed as unfeasible as anything other than a concept. Through perseverance and advancements in engineering and materials, the driver was finally realised, refined and made ready for production. So what makes the DualCoil™ driver so special?

The traditional dynamic driver arrangement in in-ear headphones features three key components contained within a frame: a magnet (usually solid), a voice coil and a diaphragm.

The voice coil is usually made of strands of copper clad aluminium wire (CCAW) combined into a small hoop, while the diaphragm is a stiff, thin, light membrane which covers the entire surface of the driver.

Analogue sound signals, in the form of electrical pulses, are sent from the source device along the headphone cable to the voice coil. The voice coil is attached to the diaphragm and positioned around the magnet, which emits a constant magnetic field. When the audio signal is received by the voice coil it generates its own magnetic field which reacts to the constant magnetic field of the magnet, causing it to move. This movement manipulates the diaphragm, which in turn manipulates the air within the driver housing to produce sound waves of different frequencies.

RHA’s new design of dynamic driver features key differences. The DualCoil™ driver features an annular (or ring) magnet in addition to two voice coils of different diameters; a smaller voice coil positioned within the magnet, and a larger one positioned around it, in concentric formation. Each voice coil is attached to the same diaphragm at different positions.

With the DualCoil™ driver, when the analogue sound signal reaches the headphone, it is split into two frequency bands by a small component called a crossover. Crossovers are common in headphones with more than one driver, as they allow the frequency range to be divided between different drivers. In the T20 and T20i, frequencies below 2.2kHz - which make up bass and lower midrange tones - are directed to the inner voice coil, while frequencies above the 2.2kHz are directed to the outer. This is known as the crossover point of the headphone.

Each coil therefore moves independently to produce the frequencies for which it is responsible. Both voice coils operate on the same diaphragm, with different areas of the membrane responsible with manipulating air in different ways to produce the desired frequencies. The soundwaves are then combined as the sound flows to the ear. This setup means that each coil has a lower workload than a single voice coil would have, as each is tasked with focusing on a part of the frequency range rather than the entire spectrum.

The T20i is also available in an exclusive black finish from the Apple store.

Keep up to date with RHA news by following our Facebook and Twitter pages.
Back to top