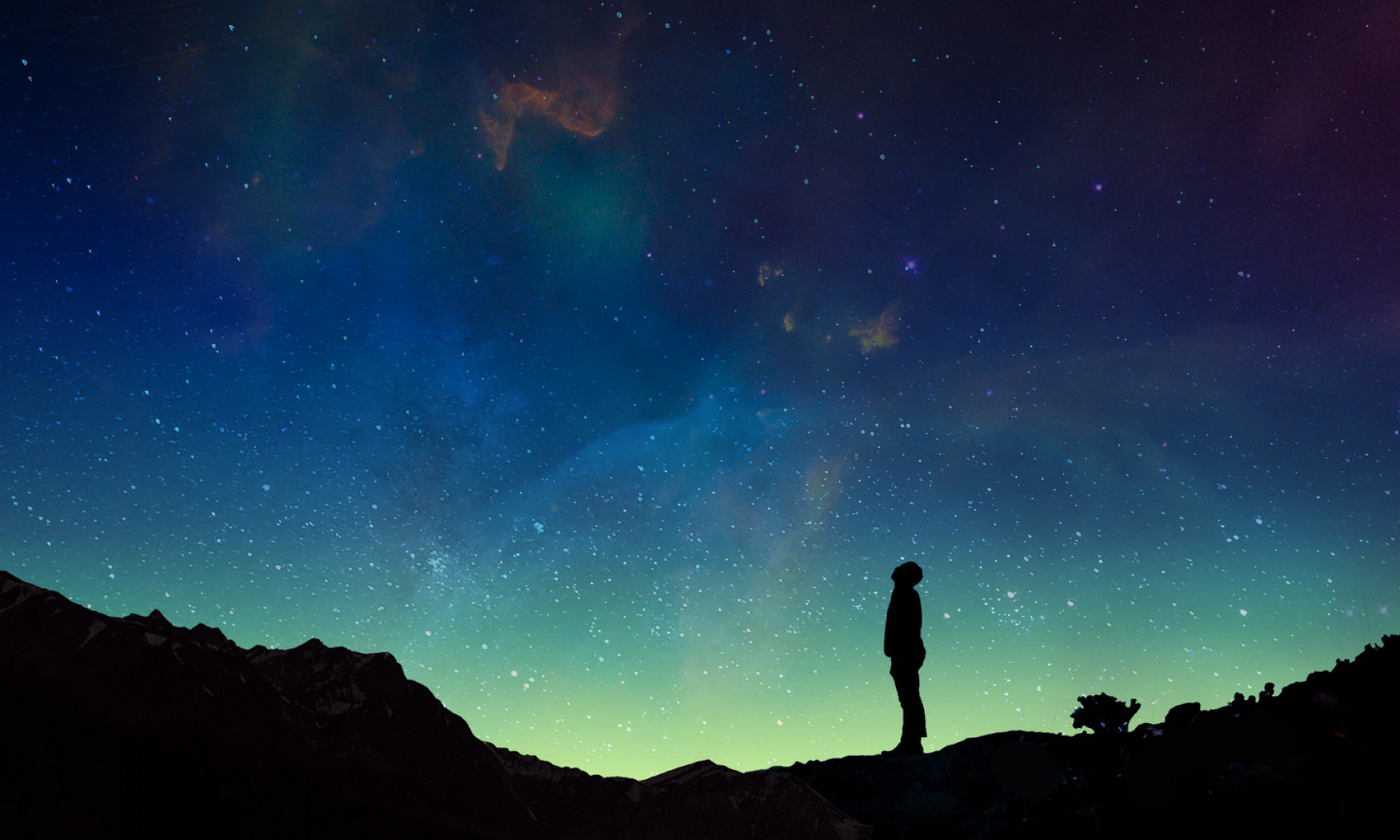 You could say that Earth is the nuisance neighbour of our solar system. We’re the only one of the eight planets (sorry Pluto) to intentionally project messages into the great void of space. From radio signals to physical records, we’ve certainly made our presence known. But what about sounds from space? Do they exist? Well technically they do.

Space is practically void of mass, so there is no medium for true soundwaves to move through. However, there is a phenomenon known as cosmic noise or galactic radio noise. This mass of static echoes throughout our universe and is composed of radio signals, electromagnetic waves and radiation. These signals are emitted by large celestial objects and residual radiation from the Big Bang. Cosmic noise can be converted into audio signals that sound a lot like white noise.

We’ve also received some more direct messages from space, like the ‘Wow!’ signal. This radio signal was detected only once in 1977 by Ohio State University’s Big Ear Radio telescope. This signal originated from somewhere in the constellation of Sagittarius and seemed to be the type of signal we would expect to receive from intelligent life. The reception of this 72-second-long signal was such a shock, all astronomer Jerry R. Ehman could say was “Wow!”, hence the name.

Remember the Rosetta space probe from 2014? The probe was launched by the European Space Agency (ESA) to intersect a speeding comet (comet 67P/Churyumov-Gerasimenko). Rosetta not only collected images, but sound too. However, it didn’t exactly use a microphone. The “sound” was captured with The Rosetta Plasma Consortium magnetometer. This device measured the comet’s magnetic field and the vibrations moving through it. The vibrations were caused by streams of plasma (the 4th state of mass, FYI), being ejected by the comet, not clangers.

These vibrations were converted to audio signals for the world to hear. So, we can’t say if a tree falling in the woods makes a sound; but we can say with confidence that as comets move through space they click and oscillate. You can hear comet 67P/Churyumov-Gerasimenko sing for yourself on the ESA’s SoundCloud. And discover the sounds of space, and the tracks that include them, in the RHA Sounds from Space Playlist here: