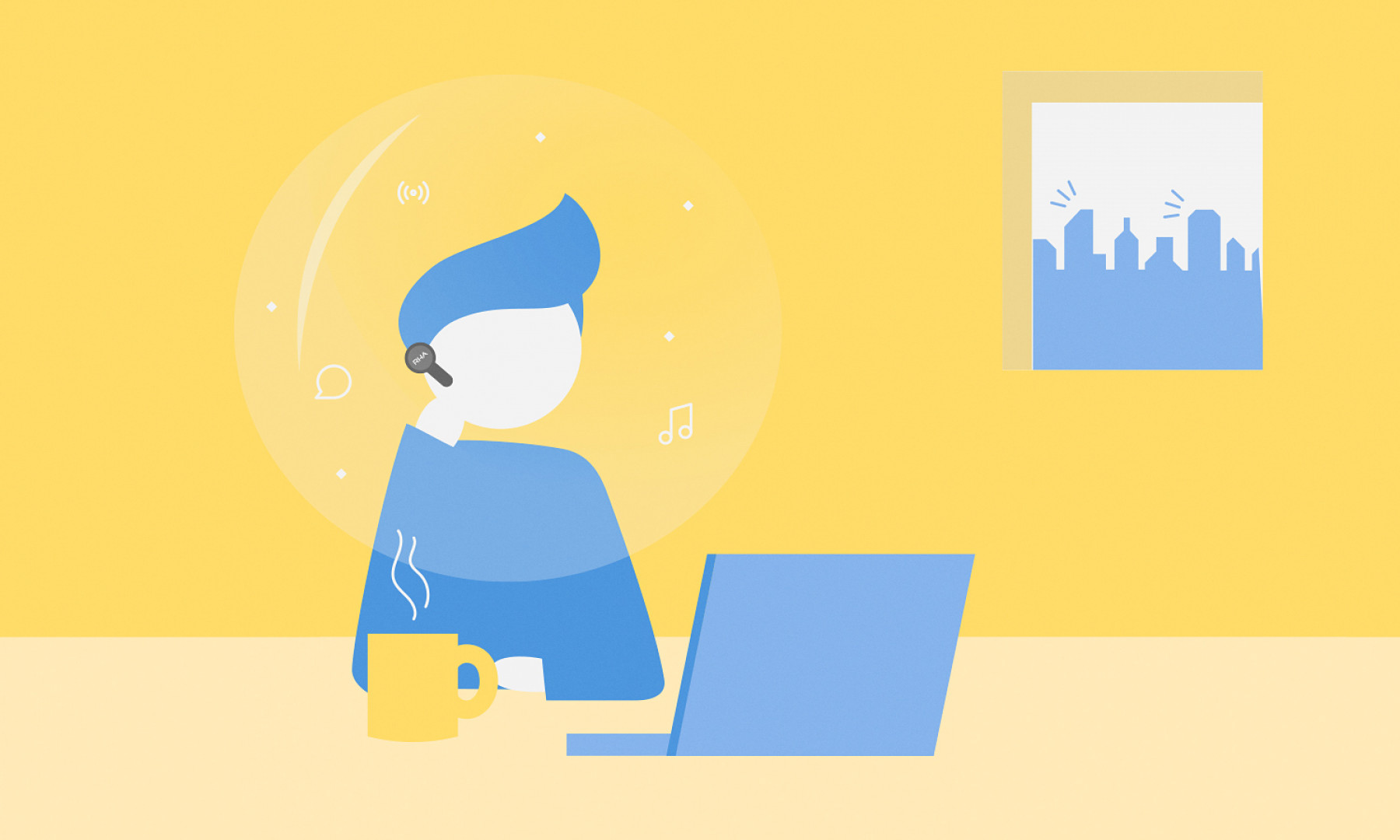 Silence is core to headphone design. It seems contradictory, but it's absolutely key in producing good quality audio.

As an audio company, silence isn't really something you're supposed to sell. 'The bass!', you say, 'it's so rich!'. 'The treble!', you write, 'it's so clear!'. It's generally accepted that people tend to respond to that more than: 'the silence you experience using these is so neutral, so nothing, that you can hear the inside of your own head'. It sounds intimidating, imposing even, and it works too much if you read it in the voice of Werner Herzog.

There's a lot of science here but suffice it to say you can't properly hear music if there's something going on in the background. Sound engineers don't master albums to pair perfectly with your neighbour drilling holes in the wall. The Verve didn't choose to sample the Stones riff in Bittersweet Symphony to work with the sound of your colleague chewing gum (they know who they are). You know this, that feeling of pure resentment you get when someone's phone goes off in the cinema? Thats hard-coding. You know you're supposed to be listening, concentrating. You hate that guy. They're ruining the noise.

Generally we use design and materials to block out sound. Passive noise cancellation is the technical way of saying: shaped in a way which fills your inner ear up and doesnt let outside noise in. It's also the shorter way of saying that. Actually, it's a less gross way of saying that as well. The shape of the headphone itself and what it's made of are important. The material and size of the ear tip is crucial, because everyone's ears are different; you might have a medium right and large left.

Achieving silence is one of the most important goals in designing something that sounds good. Right now, though, silence has taken on some new significance. It had always been what happens when the kids have gone to bed, or the neighbours have finished their barbeque, or the dogs Been Outside. Now it's what happened when - for many people - the world outside stopped. The road is quiet, the restaurants are shut, you cant stop and chat in the street. It's the wait.

Something that was the sound of calm and relaxation is now eery and anxious but some noises have taken on new meaning. The songs you liked to listen to at work or in the evening, they're sustenance, and memory, and meaning. A yammering routine catch-up on the phone might now be the most meaningful chat you have all week. Your podcasts and the radio are now full of people all having the same experience, full of stories and keen to help.

Audio is about silence, and it's about what you fill that silence with. As ever, theres a banging RHA playlist to listen to at the end of this but this time weve added some other options that you may be interested in. From distant soundscapes to quiet meditations there's always a way to make noise.